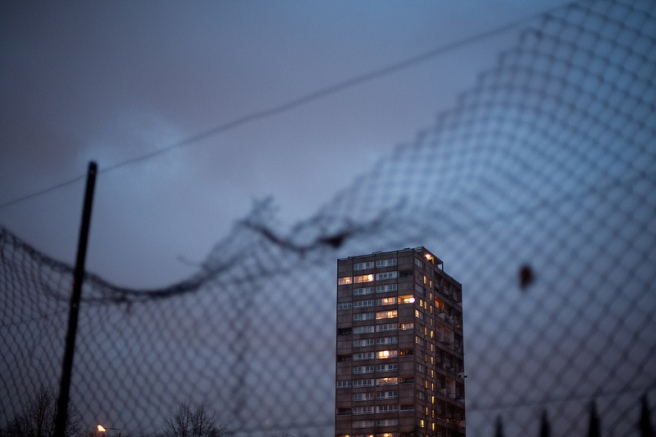 Two years ago, while flat hunting I wrote this blogpost, listing some of the classic lies estate agents love to tell. We’ve just moved house again and so have had to deal with a whole new batch of the cheeky fibbers. I therefore felt compelled to write a new post highlighting some of the gems I’ve heard excreted from the mouths of estate agents over the past few months.

“We’ve had a lot of interest in this property…”

Rachel the Estate Agent will look you in the eye as she tells you about all the viewings she’s done that morning, all the while scrabbling around with the key, unable to unlock the door. She tries the two different locks, unlocking, locking, unlocking, locking. You stand patiently, Rachel stops and looks puzzled at the keys in her hand.

You’re either a liar, Rachel, or you have the memory of a goldfish. You’ve been here three times this morning and yet here you are utterly incapable of opening the door. How could this be Rachel? Surely you would have got the hang of it by now…..?

Let’s start this one with the Oxford Dictionary definition of a house.
House: noun / haʊs/

A building for human habitation, especially one that consists of a ground floor and one or more upper storeys.

Ok, this sounds fair, would you say? Would you agree that this is a fair definition?

Now, would you say this definition applies to something that doesn’t have a floor, as such? If the bottom of the structure is rounded, not flat? Can it be called a ‘ground floor’ if it’s not actually attached to the ground in any way…?

Do you see where I’m going with this? I’m asking if this definition applies if the bottom of the house, isn’t actually a ground floor, but the hull of a GOD DAMN BOAT.

It does not! It absolutely does not! A boat is a boat, it is not a house. A boat should not be listed on Rightmove as a 2 bedroom house. Don’t tell me it’s detached, DON’T YOU DARE TELL ME IT’S DETACHED. Of COURSE it’s detached! IT IS A BLOODY BOAT.

Can you imagine if it WASN’T detached? If it was, say, terraced? Can you actually imagine that? Stop what you’re doing and ACTUALLY IMAGINE IT. Fifteen houseboats all attached to one another like some kind of ridiculous bloody Thames Barrier, bobbing along the river causing havoc and clogging everything up. A hellish Rosie-and-Jim conga line of farce, floating down the Thames until it reaches the Isle of Dogs and gets wedged in the U-Bend.

TO SUMMARISE: A narrowboat is NOT a 2 bedroom detached house, it is a boat. Ok? WHAT A WORLD.

Anything they say over the phone

Listen, these people know what they are doing. They may be stupid, yes, but they are also sly. They know that if they put anything in writing then you will have evidence of their lies, and this might come back to bite them.

When you email them a question and they phone you back to reply, it’s not – as I had initially thought – because they aren’t very good at spelling and grammar, or because they actually just like chatting, or because it was too complicated to explain via email – it’s because THEY ARE GOING TO DO A LIE. A BIG FAT LIE RIGHT INTO YOUR EAR.

Lying over the phone means there is no record. At a later date they can just completely deny ever promising you reduced agency fees or a guaranteed moving date.

Estate Agents love the phone. The dog is man’s best friend, the phone is the estate agent’s.

And this, my friend, is why as soon as you think about moving house, three daily missed calls and, “you have… FIFTEEN new voicemails…” will become the norm.

“Perfect for the bus”

This isn’t strictly a lie, but I’m including it here as an example of the truly awe-inspiring and imaginative way estate agents can find a silver lining in the most ferociously raging tornadoes.

What this sneaky little fella meant, when he said “this flat is perfect for the bus” is that you can step directly from the front doorstep, onto the bus, without coming into contact with the pavement. You can completely bypass it, because the bus stop is so close to the front door of this flat, that you can stand with one foot on your doormat while tapping your contactless card on the oyster card machine. The wing mirror scrapes the brickwork as the bus rumbles past and the floor of the kitchen shakes. as you sit on your sofa, you will regularly find yourself locking eyes with a passenger on the top deck of the bus, as it glides past your living room window.

So “good for the bus”, is true, I suppose, if the scenario I have just described sounds good to you.

Josie the Estate Agent has been in touch. She’s got a one bedroom flat that we are just going to LOVE. We follow the link to the Rightmove listing.

But… hang on… it’s not a one bedroom flat though, is it Josie? It’s a zero bedroom flat. What Josie meant, (the silly sausage she must have had a long day and got confused) what Josie MEANT, was the flat has just ONE ROOM. Not one bedroom! Just one room! One room with a tiny cupboard by the door containing a hob, a worktop and a fridge.

It’s a large studio, Josie confesses later. BUT, bear with! This could be converted into a one bedroom flat, if you take out the “kitchenette” (which is exactly the same size to the centimetre as a double bed) and convert the space into a bedroom

“But Josie… ” we splutter, baffled, “but how will we eat? Where will we store the Weetabix? How will we make our dinners hot?”

“You could put the kitchen in the living room!” she says cheerily, as if that was obvious.

“Or…” Josie says in desperation, “you could have a look at Pinterest. There are lots of creative ideas on there about how to make a studio flat look nice.”